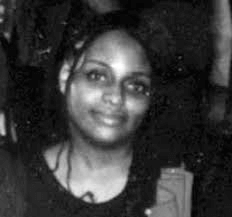 Toyena graduated from Lehman High School. In 1998, she joined First Union and worked as an associate in the Wealth Management National Services Group. She was a hard worker, very smart, and a fast learner. She had a big heart, was honest and sincere. She loved her cat January, rock music, and was a proud Mom. She left behind her son, her Mother, two sisters, and a brother.  Skinner was a new mother whose last day at Wachovia was supposed to be Sept. 14, 2001, according to a blog post from Sept. 10, 2006. Part of the posting reads: “She planned to start a new life as a mommy. According to comments left online by your sister, your son has grown up to be a brilliant child. He is also very handsome, as he resembles his mother.”