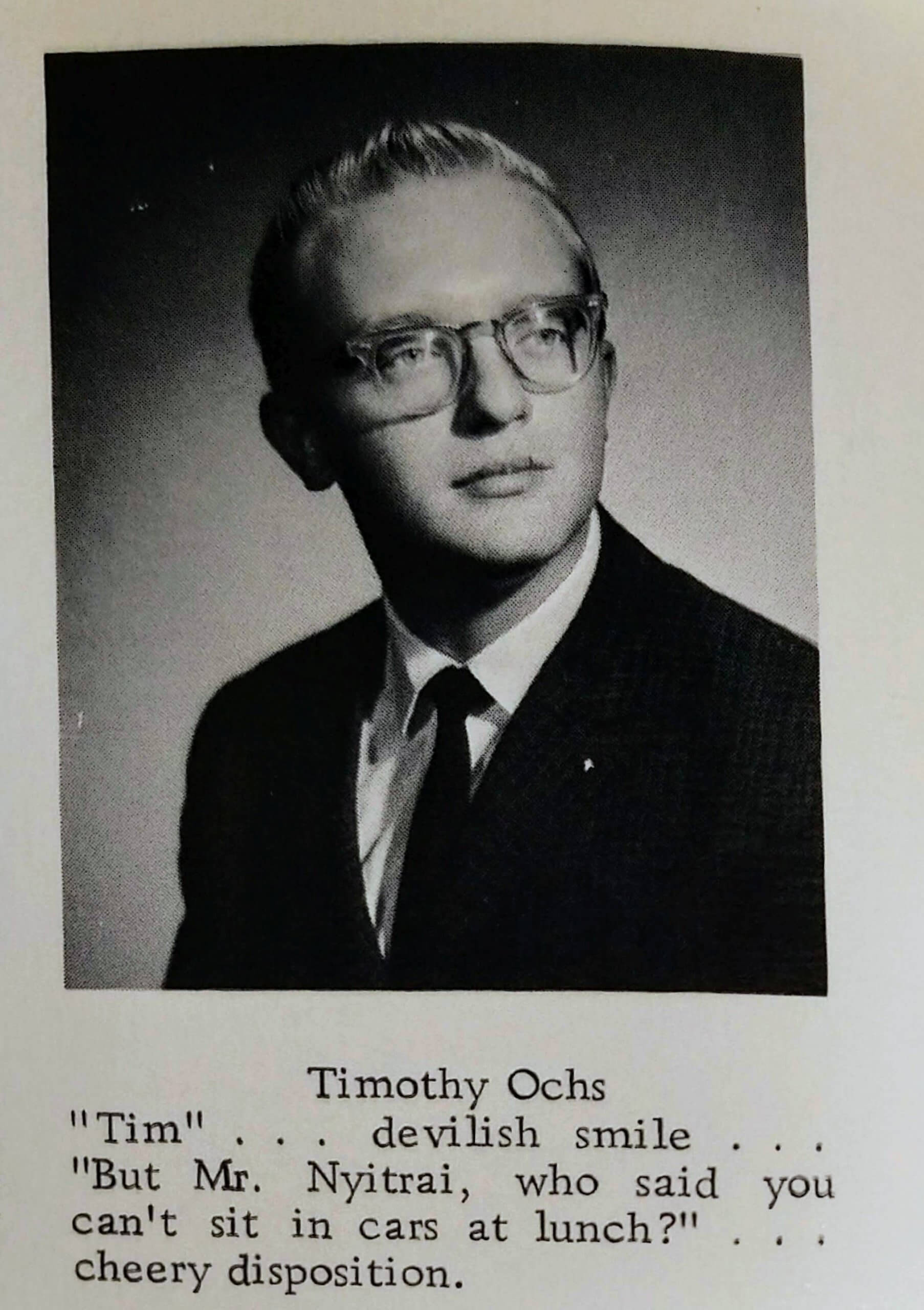 He was only twenty-one years old when he lost his life.  Specialist Fourth Class, Timothy C. Ochs, son of Mr. and Mrs. Carl F. Ochs of Georges Road, Dayton, was killed in an ambush while en route to a new assignment near Saigon on January 30, 1968.  This tragedy occurred just days after he had completed a thirty-six day leave to see his parents back home. Ochs had served a year prior to the leave and had re-enlisted in the Army in December before coming home to visit.  He had volunteered for another six months of service to his country. Timothy was a life-long resident of Dayton. He graduated from South Brunswick High School in 1965. He then matriculated at the Institute of Computer Programming in New Brunswick.  Then he entered the military. After receiving his basic training at Fort Dix, Ochs was assigned to Vietnam as a computer data processing specialist. After his final six-month tour, he was planning to return to a job waiting for him at McGraw-Hill in Hightstown, New Jersey.  Timothy Ochs, one of our hometown heroes, never got the chance.