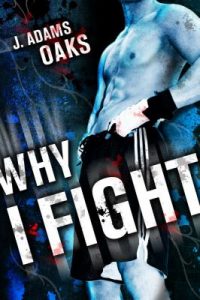 Wyatt Reaves takes the seat next to you, bloodied and soaking wet, and he is a big-fisted beast. Tell him to stretch out like an X across asphalt and you've got a parking space. But Wyatt's been taking it lying down for too long, and he is NOT happy.

Since he turned twelve and a half, he's been living with his uncle, a traveling salesman of mysterious agenda and questionable intent. Soon, Uncle Spade sees the potential in "kiddo" to earn cash. And that's enough to keep the boy around for nearly six years.

But what life does Wyatt deserve? Alcohol? Drugs? Bare-fisted fights? Tattoos? No friends? No role models? Living in a car?
If you're brave enough to stay and listen, you'll hear an astounding story. It's not a pretty road Wyatt has traveled, but growing up rarely is.