The Library of Ever 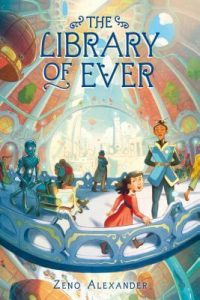 With her parents off traveling the globe, Lenora is bored, bored, bored—until she discovers a secret doorway in the library and becomes its newly appointed Fourth Assistant Apprentice Librarian.In her new job, Lenora finds herself helping future civilizations figure out the date, relocates lost penguins, uncovers the city with the longest name on Earth, and more in a quest to help patrons. But there are sinister forces at work that want to destroy all knowledge. To save the library, Lenora will have to test her limits and uncover secrets hidden among its shelves.