The Finest Hours: The True Story of a Heroic Sea Rescue 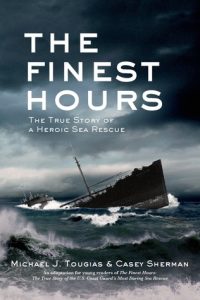 On the night of February 18, 1952, during one of the worst winter storms that New England has ever seen, two oil tankers just off the shore of Cape Cod were torn in half by the force of the storm. This middle-grade adaptation of an adult nonfiction book tells the story of a harrowing Coast Guard rescue when four men in a tiny lifeboat overcame insurmountable odds and saved more than 30 stranded sailors. This is a fast-paced, uplifting story that puts young readers in the middle of the action.