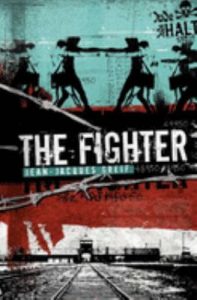 Fighting is a way of life for Moshe Wisniak. As a boy from a very poor neighborhood in Warsaw, he can't run away when Polish kids attack the Jews, because his legs are weak. So he learns to use his fists, his head and other weapons to defend himself and his brothers.When the family moves to Paris in 1929, everyone finds work and life improves slowly. Moshe, now Maurice, is a leather worker and a young husband. At a Jewish sports club, he takes up boxing, and becomes an amateur flyweight. But the war comes to Paris, and by 1942, the French police round up foreign Jews and the Germans deport them by the hundreds every day. They send Maurice to the death camp at Auschwitz.In the camp, SS officers sense Maurice's strength. They command him to box against a dying prisoner. Now Maurice is faced with an impossible moral dilemma: kill the prisoner or be killed by the SS for refusing to obey them. Or will he find a way out?Translated from French by award-winning author Jean-Jacques Greif, The Fighter isn't simply another book about the Holocaust. It is a book about a hero who discovers the death-defying power of his own humanity.