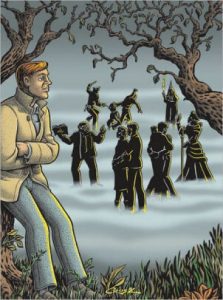 In the 1960s American South, a young gas-station attendant named Toland Polk is rejected from the Army draft for admitting “homosexual tendencies,” and falls in with a close-knit group of young locals yearning to break from the conformity of their hometown through civil rights activism, folk music and upstart communality of race-mixing, gay-friendly nightclubs. Toland’s story is both deeply personal and epic in scope, as his search for identity plays out against the brutal fight over segregation, an unplanned pregnancy and small-town bigotry, aided by an unforgettable supporting cast.