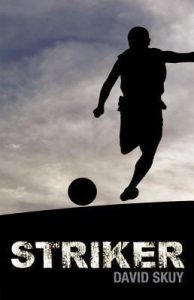 Thirteen-year-old Cody is aching to get back onto the pitch. Last year he had a tumor removed from his leg. Though it's a struggle, Cody tries out for the Lions and makes the team as a "super sub" -- one of eleven players who jokingly named themselves that because they're never allowed to play. Secretly Cody is relieved, since he hasn't told anyone on the team that he had cancer. But then there's a shakeup in team management and suddenly Cody and the super subs are the only players left. Cody has no choice now but to play, even if his leg does begin to hurt. At an end-of-season tournament it becomes clear that he and another player, Paulo, are close to being the perfect scoring duo. Without being aware of it, Cody has been holding himself back, striking with his left leg instead of his right. When he finally comes clean to his teammates about his disease and injury from the year before, they encourage him to trust his leg and his skill.