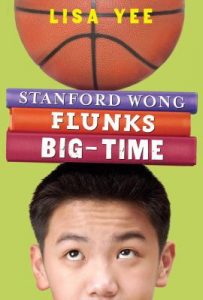 Stanford Wong is in big trouble--or as he would spell it, "trubble"--in this laugh-out-loud companion to the award-winning MILLICENT MIN, GIRL GENIUS.Stanford Wong is having a bad summer. If he flunks his summer-school English class, he won't pass sixth grade. If that happens, he won't start on the A-team. If *that* happens, his friends will abandon him and Emily Ebers won't like him anymore. And if THAT happens, his life will be over. Then his parents are fighting, his grandmother Yin-Yin hates her new nursing home, he's being "tutored" by the world's biggest nerdball Millicent Min--and he's not sure his ballpoint "Emily" tattoo is ever going to wash off.