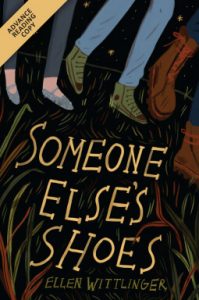 Izzy, a twelve-year-old budding comedian, feels pretty miserable about her family life—her father is remarried with a new baby on the way, her mother is dating Izzy's dentist, Dr. Gustino, whose rebellious sixteen-year-old son Ben is a huge hassle, and now her cousin Oliver and Uncle Henderson are moving in with Izzy and her mother. Of course, Izzy feels bad for her ten-year-old cousin—his mother recently committed suicide—and Uncle Henderson has become zombie-like ever since.

When Uncle Henderson disappears one day, Izzy finds herself on an impromptu road trip to upstate New York with Oliver and Ben, the three of them seeking family and acceptance.