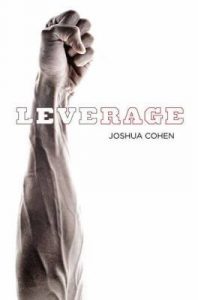 The football field is a battlefieldThere's an extraordinary price for victory at Oregrove High. It is paid on - and off - the football field. And it claims its victims without mercy - including the most innocent bystanders.When a violent, steroid-infused, ever-escalating prank war has devastating consequences, an unlikely friendship between a talented but emotionally damaged fullback and a promising gymnast might hold the key to a school's salvation.Told in alternating voices and with unapologetic truth, Leverage illuminates the fierce loyalty, flawed justice, and hard-won optimism of two young athletes.