Klondike, Do Not Eat Those Cupcakes! 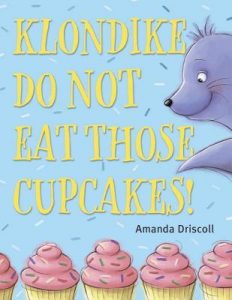 What's the one thing you could say to make birthday cupcakes even more delicious to Klondike? Tell Klondike not to eat them!Klondike's sister is having a birthday party, and everything is ready--the only thing that's left to do is wait until it's time to eat the birthday cupcakes.But Klondike REALLY loves cupcakes. And waiting is SO hard. The narrator tries everything to keep him from eating the treats, from distracting him with a magician to visualizing tubeworm tacos instead of cupcakes (unfortunately, seals like Klondike are big fans of tubeworm tacos).Alas, these tactics are no match for Klondike's love of cupcakes. It isn't long before he caves to his cravings, and it looks like the party will be cupcakeless! Will he be able to whip up a new batch in time?