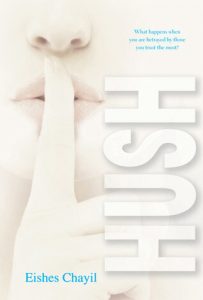 Inside the closed community of Borough Park, where most Chassidim live, the rules of life are very clear, determined by an ancient script written thousands of years before down to the last detail--and abuse has never been a part of it. But when thirteen-year-old Gittel learns of the abuse her best friend has suffered at the hands of her own family member, the adults in her community try to persuade Gittel, and themselves, that nothing happened. Forced to remain silent, Gittel begins to question everything she was raised to believe.