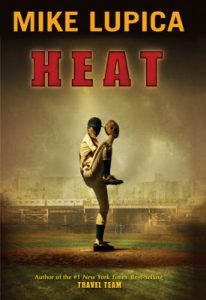 Twelve-year-old Michael Arroyo lives in the shadows of Yankee Stadium, home of his heroes, but a place that might as well be on a different continent since he can’t afford to see the inside. He also lives in the shadows of his Bronx neighborhood, hiding from the bill collectors and the officials who would separate him from his seventeen-year-old brother if they knew the two boys were living on their own. Baseball is Michael’s only salvation, along with his dream of playing in the Little League World Series—until a rival accuses Michael of being older than the league limit. With no parents and a birth certificate that is stuck in his native Cuba, the shadows in Michael’s life grow darker. But that is when heroes emerge, and for Michael, heroes don’t come any bigger than the Yankees.