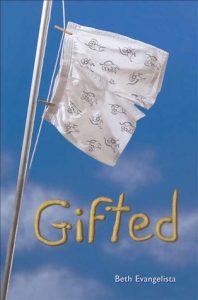 George R. Clark is gifted. Mentally, he's light-years ahead of his classmates. His parents worship him, and his teachers adore him. But socially, George is at the bottom of the curve. Most of his classmates avoid him—if he's lucky. Until the Bruise Brothers, the intellectually challenged members of the school football team, decide they want George to pass a test of their own design.Only the fact that George's father is the school principal has saved him in the past. But his father isn't going on the eighth grade science field trip, and George has a feeling it's going to be open season on dorks. Suddenly thrown into a crash course on human nature, without his father to protect him, the most intellectually gifted kid in the eighth-grade might actually learn something before the end of the trip . . . if he survives it.This witty novel provides a different perspective on bullying and the battle of brains versus brawn.