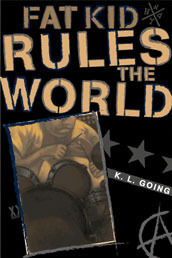 Troy Billings is seventeen, 296 pounds, friendless, utterly miserable, and about to step off a New York subway platform in front of an oncoming train. Until he meets Curt MacCrae, an emaciated, semi-homeless, high school dropout guitar genius, the stuff of which Lower East Side punk rock legends are made. Never mind that Troy's dad thinks Curt's a drug addict and Troy's brother thinks Troy's the biggest (literally) loser in Manhattan. Soon, Curt has recruited Troy as his new drummer, even though Troy can't play the drums. Together, Curt and Troy will change the world of punk, and Troy's own life, forever.