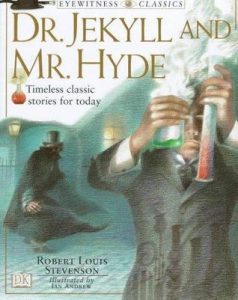 "The Strange Case Of Dr. Jekyll and Mr. Hyde" was published as a "shilling shocker" in 1886, and became an instant classic -- even read by Queen Victoria. Based on Robert Louis Stevenson's repeated nightmare of living a double life, in which by day he worked as a respectable doctor and by night he roamed the back alleys of old-town Edinburgh, this suspenseful story about his dream existence so shocked his wife that she asked him to burn it. "The Strange Case Of Dr. Jekyll and Mr. Hyde" is still considered one of the best stories ever written about the complexity of the divided self -- the good and the evil sides of humankind.