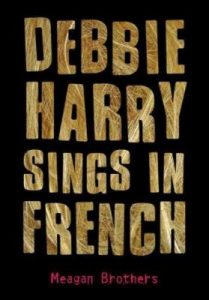 Johnny’s had kind of a tough life so far, and he’s always been a bit of a freak. His goth look usually includes black nail polish and a little mascara.When he discovers Debbie Harry, the lead singer of Blondie, he not only likes her music but realizes that he kind of, sort of, wants to BE her. He’d like to be cool and tough and beautiful like her. He’d like to dress like her. He’s not gay, at least he doesn’t think so. So what does it mean? And what should he tell his amazing new girlfriend?This wise, hip novel introduces shades of gray into the black-and-white ideas of sexuality and gender. Anyone who has ever wished they could be a little bit tough and a little bit glamorous will recognize themselves in Johnny.