Confessions of an Alleged Good Girl 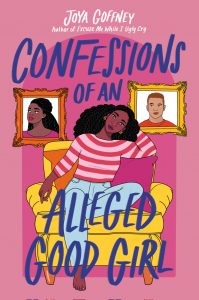 Monique is a preacher's daughter who detests the impossible rules of her religion. Everyone expects her to wait until marriage, so she has no one to turn to when she discovers that she physically can't have sex.After two years of trying and failing, her boyfriend breaks up with her. To win him back, Monique teams up with straight-laced church girl Sasha--who is surprisingly knowledgeable about Monique's condition--as well as Reggie, the misunderstood bad boy who always makes a ruckus at church, and together they embark upon a top-secret search for the cure.While on their quest, Monique discovers the value of a true friend and the wonders of a love that accepts her for who she is. Despite everyone's opinions about her virtue, she learns to live for herself.