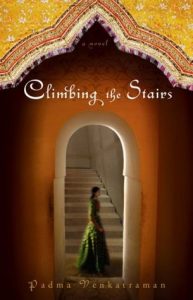 During World War II and the last days of British occupation in India, fifteen-year-old Vidya dreams of attending college. But when her forward-thinking father is beaten senseless by the British police, she is forced to live with her grandfather's large traditional family, where the women live apart from the men and are meant to be married off as soon as possible.Vidya's only refuge becomes her grandfather's upstairs library, which is forbidden to women. There she meets Raman, a young man also living in the house who relishes her intellectual curiosity. But when Vidya's brother decides to fight with the hated British against the Nazis, and when Raman proposes marriage too soon, Vidya must question all she has believed in.