Captain Awesome to the Rescue! 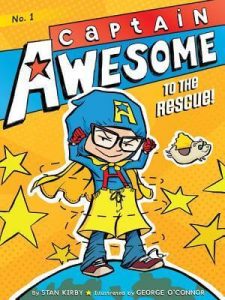 When the McGillicudy family relocates to a new town called Sunnyview, Eugene starts a new school, finds a best friend, and even finds time to defend his toys from his two-year-old little sister, Molly! Luckily for Sunnyview, Captain Awesome is there to protect the town (and the universe) from a hilarious cast of comical “bad guys.”