Sentences: The Life of M.F. Grimm 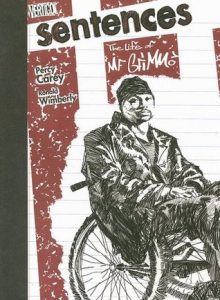 Underground hip-hop icon Percy Carey, a.k.a. M.F. Grimm, tells the true story of his life in the game, from dizzying heights to heartbreaking losses, in this raw, brutally honest graphic novel memoir. In SENTENCES, Carey chronicles his life in the sometimes glamorous, often violent world of hip-hop, from the first time he picked up a microphone a ta block party to the day he lost the use of his legs to gang violence, from his incarceration to his rise to the top of his game as a hip-hop grandmaster. No questions are left unanswered and no apologies are made, resulting in a truly groundbreaking graphic novel.