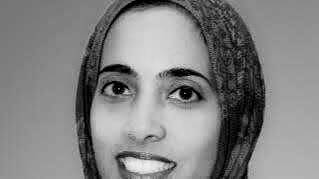 “It is essential to be knowledgeable of the cultural needs of the population one serves . . .”
Azra Baig