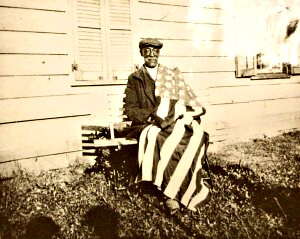 Rediscovered by South Brunswick resident and veteran Al Kady at the turn of the millennium, Aaron Hush’s grave has been recognized as an important part of the town’s history. Hush was born in Somerville sometime in the mid-1840s. He was an African American soldier who served in the 32nd Regiment of the U.S. Colored Troops throughout 1864 and 1865 in the Civil War. Hush was mustered into military service in 1864 and volunteered to serve three years. He was discharged honorably in 1865 because the war had ended. Hush was involved in the Battle of Honey Hill, also known as the third battle of Sherman’s March to the Sea, or the Savannah Campaign, which helped to disrupt the economy of the Confederacy when troops destroyed infrastructure and industry throughout the region. Additionally, in his personal life, Hush was married to Sarah Catherine Roberts, with whom he had eight children. Hush owned property in the Sand Hills area and died on January 20, 1916 at the age of 70. He was buried at the Thompson Plot on Sand Hills Road.